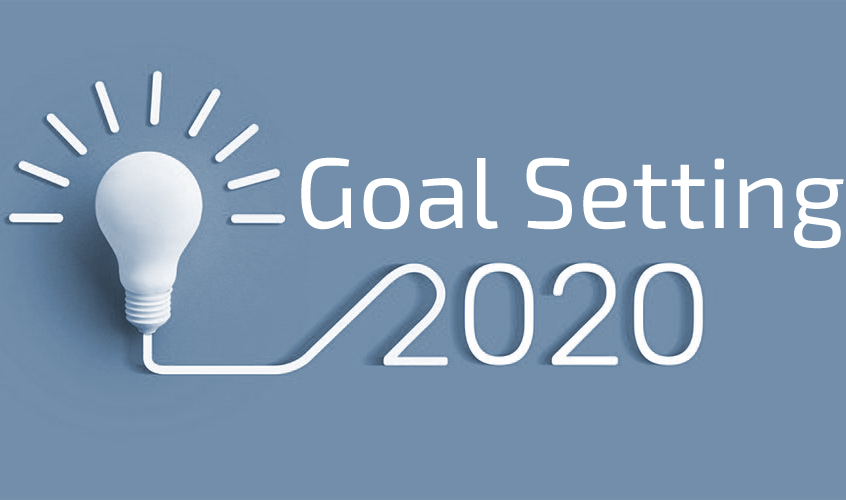 New Year is obviously a time when resolutions are put in place and we have a clear vision for the year ahead, whether it be personal or professional. So how effective is setting goals or resolutions?

In 1979 there was a Harvard Business School MBA study on goal setting. The following question was put to a class involved in the study:

Have you set written goals and created a plan for their attainment?

Prior to their graduation, it was determined that:

The Importance of Goal Setting

Whether or not the numbers around the study on goal setting are exact (and there is evidence that they may not be), it does highlight that to achieve your goals, you need to write them down and then plan to hit them. Without a plan, chances for success are minimal.

Another study by Statistic Brain, which analysed New Year’s goals, claims that just 8% of people achieve their New Year’s goals. In other words, 92% fail. Digging a little deeper into the study also reveals how quickly people actually give up.

We can all probably relate to this – giving up on a gym membership before January is out or succumbing to a cheeky beer or two and so fail with ‘Dry January’.

So, the simple message here is that if you want to succeed, you need to write your goals down, make them SMART, create a plan and take action.

SMART goals are highly specific and exact about what you want to achieve. SMART stands for;

S pecific – You need to define your goal as much as possible with no unclear or ambiguous language. You need to detail who is involved, what you want to do in order to accomplish your goal, where it will be done and why you are doing it.
M easurable – You need to be able to track the progress and measure the outcome. How will you know when your goal has been achieved?
A chievable – Your goal needs to be reasonable/realistic enough to be actually accomplished. Your goal should not be out of reach.
R elevant – Ask yourself is the goal worthwhile and will it meet your needs? Is it meaningful to you? Why are you bothering doing it?
T ime framed – You need to put a time limit on your objective. This will establish a sense of urgency and force you to have better time management.

So, a poor example of goal setting would be to;

“I want to get Promoted.”

If we made this goal SMART it would be more akin to;

“I will earn a promotion to the rank of sergeant within the next 12 months by gathering the appropriate evidence of my competence that will enable me to build a comprehensive work based portfolio and discussing my on-going performance with my line manager at monthly 1:1’s, before preparing a draft application form ready for submission for the next promotion process. The increased salary that the new rank will bring will help me provide security for my family ”

Specific: The goal setter has clearly set the objective to be promoted to the next rank of sergeant.
Measurable: Success can be measured by gathering evidence, having regular 1:1s, filing the draft application form and ultimately earning the promotion.
Achievable: The goal is achievable as there are no reasons why the promotion application cannot be progressed (e.g. lack of legal/law qualifications).
Relevant: The goal is aligned to longer term career and personal ambition of providing security to the family.
Time-based: The goal setter has set a deadline to achieve their objective within 12 months.

Develop a Thorough Plan
Once you have set your SMART goals, you’ll need to create a plan. Without a plan, you’re unlikely to succeed.
Create a plan that’s detailed enough so that your goals have direction. How are you going to achieve those goals? You need to create a roadmap that will take you from Point A to Point B.

Take Action
Procrastination is the silent killer of implementation. It’s largely responsible for the 92% of people that don’t follow through with their New Year’s resolutions. It’s the “I’ll start it next week” mindset. Clearly, it’s no good having a plan if you don’t start to work on it.

You need to ensure that your goals are meaningful enough to you. If they are, you will get on and start. You’ll do what it takes so that you can become like the 3% group in the Harvard study, and not like the other 97%. If your goals are not meaningful and you are not really that bothered about achieving them, you probably won’t be bothered.

Manage, Track and Adjust
Daily goal setting and management of your goals is key. This helps you to achieve milestones along the way to those bigger long-term goals. Daily goals are great also because it allows you to track your results along the way. So, track your results by setting daily goals. Then, if you see that something isn’t working out the right way, you can adjust your approach appropriately.

Download our  SMART Goal Template to help write down and record your goals for 2020 and get your promotion preparation off to a more focussed start.