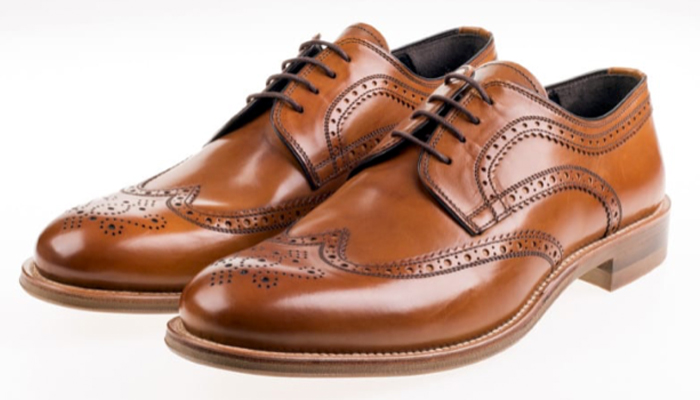 I recently read an article that got my hackles up as it is something I believe is so wrong within the workplace and certainly in recruitment and selection in 2019.

The article talks about how workers in the City are still being told what to wear in the office.

It reminded me of a time that when I was a young Pharmaceutical rep, an older, extremely well spoken colleague of mine, told me the exact same thing – “Never wear brown in town”, as if it actually had anything to do with my ability to sell and perform well.

My ‘crime’ was wearing brown brogues with a blue suit. Now, I always thought I was sartorially impeccable. Looking back at photos from the ‘90s, I can see that I was sadly mistaken. However, I was pretty certain then, and definitely certain now that the colour of ones shoes has got nothing to do with job performance.

It’s another example of unconscious bias – the consequences of which have huge effects on the outcome of recruitment and selection and is often the subject of frustrated discussions I have with candidates going through an interview process – with them believing they have been subject to bias that has prevented them being successful.

What exactly is unconscious bias?

Unconscious bias is the brain’s tendency to take mental shortcuts, relying on observed patterns (including cultural stereotypes) to quickly and subconsciously process information.

Writer Daniel Kahneman explains this in the book Thinking, Fast and Slow, where he categorizes System 1 and System 2 thinking. In a nutshell, System 1 thinking is fast, unconscious, automatic processing that relies on the primitive part of the brain (e.g. helps you avoid getting eaten by a predator). System 2 thinking, on the other hand, is deliberate, conscious and objective (e.g. enables you to learn to drive).

Another common bias is similar to me bias, which is people’s tendency to like people who are similar to themselves, even if it’s totally irrelevant to the job, like for example the colour of your shoes you prefer or the type of roles you have done previously. In my experience this is very common with untrained recruiters and assessors.

There is no getting away from the fact that we all have unconscious biases however, so it’s essential that organisations develop strategies for managing bias in a recruitment or selection process and robustly implement them. If they do not they may not make the best decisions and will miss out on talent, as including personal views or biases in the decision making process in no way correlates to predicting success of individuals in role.

One of the best ways to mitigate these biases is by creating a structured and objective hiring process and have assessors to rigidly stick to it, ensuring that they are trained to be as objective as possible (i.e. use System 2 thinking).

If recruiters, hiring managers, and the rest of the hiring team spend time reflecting on truly job relevant criteria, planning questions, and creating a rulebook for evaluating answers in advance, it will reduce the chances that interviewers will make biased and subjective decisions.

Having predetermined questions also cuts down on the likelihood that interviewers will make small talk or ask questions that are irrelevant to the job, but address their desire to find those “similar to me” characteristics in candidates. Indeed, research shows that structured interviews are much better predictors of job performance than unstructured interviews.

Clearly structured competency based processes are now used in most Pharma companies but they must by implemented robustly to ensure unconscious bias is mitigated as much as possible – only then do better decisions get taken and top talent is selected more often.

Anyway, back to my colleague. I ignored him, kept my brown brogues and consistently out sold him. Maybe it was the shoes after all?

You can read the article here: